My Rhyas can’t wait to get her homeboy! I’m also super excited if you couldn’t tell. I went nuts when they announced that her character warbeast was going to be a Nephilim, as my Soldier is not only the first legion model I ever painted, but still one of my favorites.  The fact that it does so much work in my Rearguard army makes it even better! 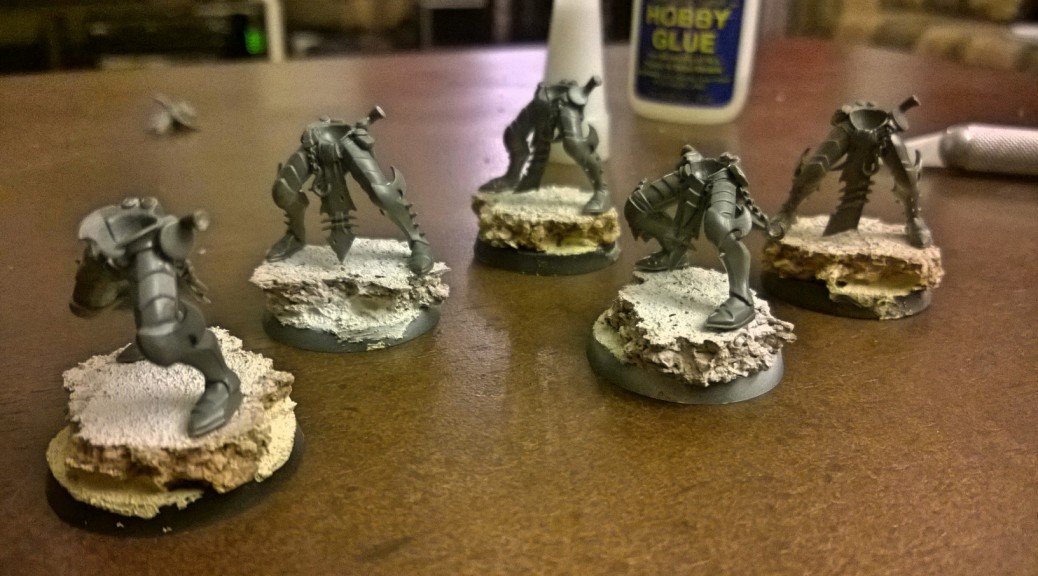 What madness is this?!

For various reasons (mostly burnout and time), I haven’t been the most active on the hobby front.  Especially not near what I was in the beginning of 2013.

This weekend I think was one of my most productive hobby-wise in awhile, even with everything my wife and I had going on…

END_OF_DOCUMENT_TOKEN_TO_BE_REPLACED

Following up on the heels of Part 1, it’s time to see how I made out in the spell draft!

Now that I have my chassis and initial 25 points I drafted spells with a group of four that included Plarzoid, Demitra, and Chris.  Check out the rules here if you need a refresher, but the gist of it all is that there is a deck of cards with a spell on each.  You start with 8 and pick 1 and pass the rest on.  Goes around in a circle until there are no cards left.

Let’s just right into the draws shall we?

END_OF_DOCUMENT_TOKEN_TO_BE_REPLACED

This past Saturday was our annual Foodmachine tournament, hosted by local PG Plarzoid.

This also saw my (triumphant?) return to Warmachine after 2+ months out of the game.  I decided to bring my Rhyas Rearguard list because 1) it is 100% painted and 2) it is hella fun to play.  Unfortunately this year, possibly due to a change in date or maybe other things going on, turnout was much lower than last year.  Thus we only had a two round event. Still good times though, and awesome prize support as well!

Regardless, here’s how I did PLUS a gallery!

END_OF_DOCUMENT_TOKEN_TO_BE_REPLACED Another year, another Journeyman League gone.

Tonight is the ‘Awards Ceremony’ for our Journeyman League.  Six weeks of painting and playing games behind me, I now have a fully painted 50 point army (see above) to terrorize the table tops with. Overall, I didn’t win any of the categories but came close in two of them (which was a huge surprise to me), and went 10-6 as far as win-loss record which is the bigger news! With Rhyas. Boom shaka laka naysayers.

The army is a lot of fun to play as it’s very different from my Menoth.  You have to be VERY aggressive with it to get anywhere and always on the look out for assassination opportunities (more so than usual).  FURY management is also a big concern for it with a FURY 5 warlock and two heavies and a light capable of producing 11 fury if you max them out.  Make sure to keep that Shepard safe! Sometimes I wanted/needed Rhyas to have a ranged attack spell, but when all else fails, just apply Rhyas and see where it takes you.  And never look down on Riposte.  I think it killed as many models as Rhyas did charging. Also the beef wall of terror causing Ogruns is fantastic! It’s 12 models totaling 96 health boxes, all at ARM 16-17. It can be a lot to chew through for some people.  Then you have a mess of Swordsmen to clean up the remains.

Surprise MVP? The Nephilim Solider.  He assassinated more casters than either Rhyas or the two heavies.

So what’s next for me?

A break probably.  In actuality, I think it’s time to indulge in some palette cleansing games (like Infinity!).  More on that (very) soon!

Sorry for the lack of updates lately.  I’ve been feverishly trying to maintain a painting pace at which I would be able to field a fully painted list every Thurday for the duration of the Journeyman League.  And lately, it’s been burning me out!

But I take solace in realizing that I only have six models left to complete the Rearguard! Four Swordsmen grunts, and two Warspear grunts.  Well, and eVayl in order to get the “paint 3 warcasters/locks” bonus we have.  That’s it!  A 50 point force in 2 months?!  None too shabby, me thinks.

Anyway, I’ve wanted to share a few links with you guys:

The first of which is from Lost Hemisphere.  I jumped into their Most Epic Extreme Unloved Models Challenge 2013!! or (LHMEEUMC2013 for short) as Rhyas clearly qualifies for that distinction (along with a few other models in the Rearguard like Warmongers) if reading online is any indication.  You can read the rules here, but the main link I wanted to share with you was the thread I created which details my journey thus far.  A lot of the initial pics you’ve already seen here, but the big thing is the mini battle reports I’ve been posting of my games.  Find out how I’ve done with not only (arguably) Legion’s worst warlock, but also (again arguably if online sources are to be believed) one of the worst warlocks/casters in the game!

Second is from Plarzoid’s blog.  The first weekend in order to kick off the Journeyman League, we had a Highlander Death Race tournament.  He’s got some pics up now. I even wore a shirt to match (which wasn’t intentional).  Check them out! (Link goes directly to gallery)

Finally, one more pic before the next big gallery post to hold you over… 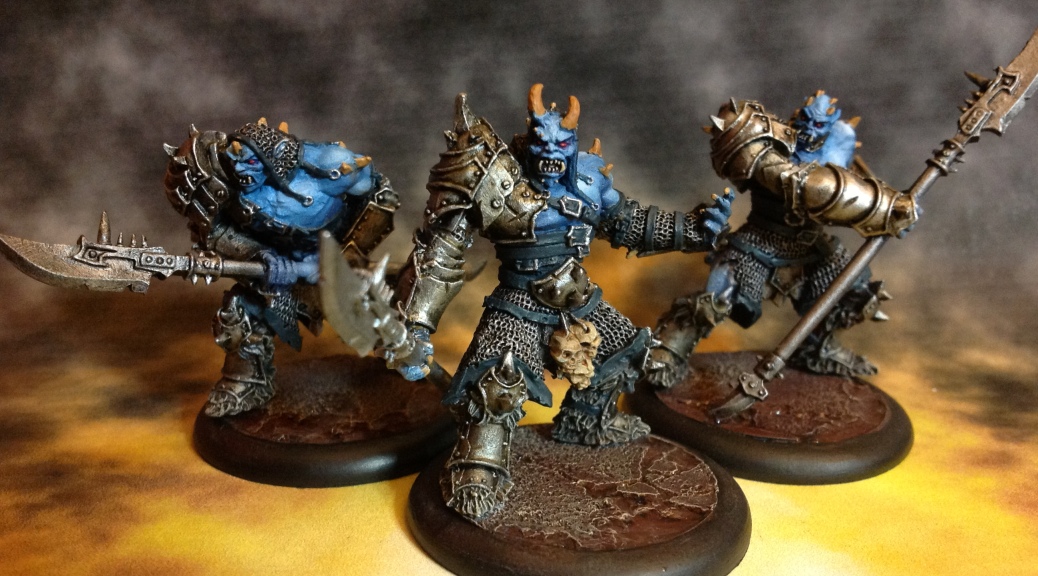 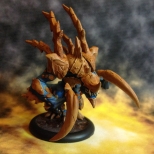 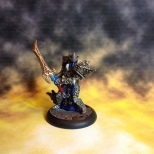 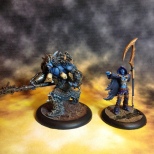 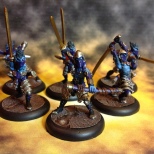 Last night was the first night of actually playing this army, so I’ll have real up impressions soon.  In all honesty, 15pts doesn’t lend itself to a lot of subtlety, so this army just kinda rushes up and makes with the chopey chopey.

All this gets me to Tier 2 currently (first round stealth and a free swordsmen UA), and according to my collection calculator is 44% of my Rearguard army painted. None too shabby. Typhon is currently on the painting table.  Followed by Warspears after that.

Sidenote: I changed the [Slow Grow 2013] to [Journeyman 2013] as that’s the title everyone is familiar with. 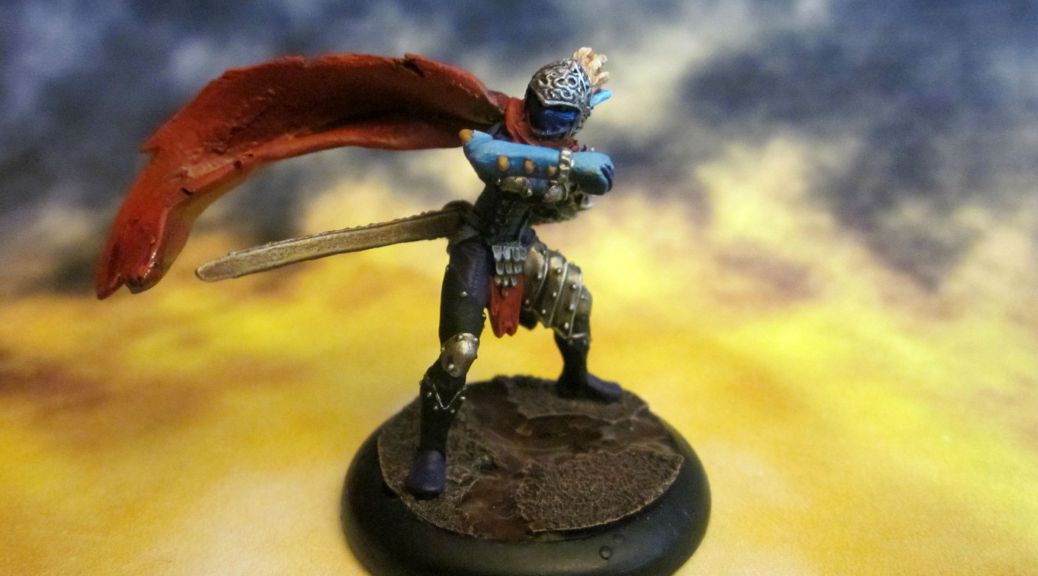 My custom Rhyas conversion finally got some paint over the weekend in anticipation of the start of the Journeyman League games this Thursday.

She came out looking a lot more Strider-ish than originally anticipated (although I’d be lying if he wasn’t a source of inspiration).  I may even go back and paint her mask red to match the scarf…we’ll see.  A detail here and there are left, mostly with her scarf tail.  For some reason it’s a much darker red than the rest. Weird.

Related sidenote:  I’ve joined Lost Hemisphere’s Unloved Model Challenge 2013 as I feel Rhyas (and the Rearguard) qualify for it.  Here is my thread.  It contains much of what you see on my blog.  Here are the rules if you are interested.

I present my custom Rhyas conversion for my Rearguard!

I’d say I’m indifferent to the standard Rhyas sculpt.  I don’t hate it, but I also don’t love it.  It’s boring.  Very.  It’s not very ninja-like (or even a proper way to hold your sword at the ready).  What I really wanted I guess is something like this. Or this.  Or even this.  You know…a proper ninja pose.

Enter custom figure.  I found an idea a while back (I wish I had saved the pic) that inspired this conversion, and I’m pretty happy with it.  It’s made from Legion parts so she still looks exactly as she should.  But I feel this captures more movement, as if she’s twirling her sword around and catching someone off-guard.  Like a ninja would.  And you all know how much I like a sense of movement in my miniatures.  If it’s a pose that would look good or be featured in a slow motion cut, I’m there.

Once the green stuff cures, this and the last batch of models and bases are getting primed and thus will end the prepwork for this Journeyman League.  It’s just going to be straight painting for the next month or so. Granted this may be the last [Slow Grow 2013] tagged post for a week or more because until the Swordsmen and UA are painted, their won’t be much interesting progress.

It should without question now, C & C welcome! 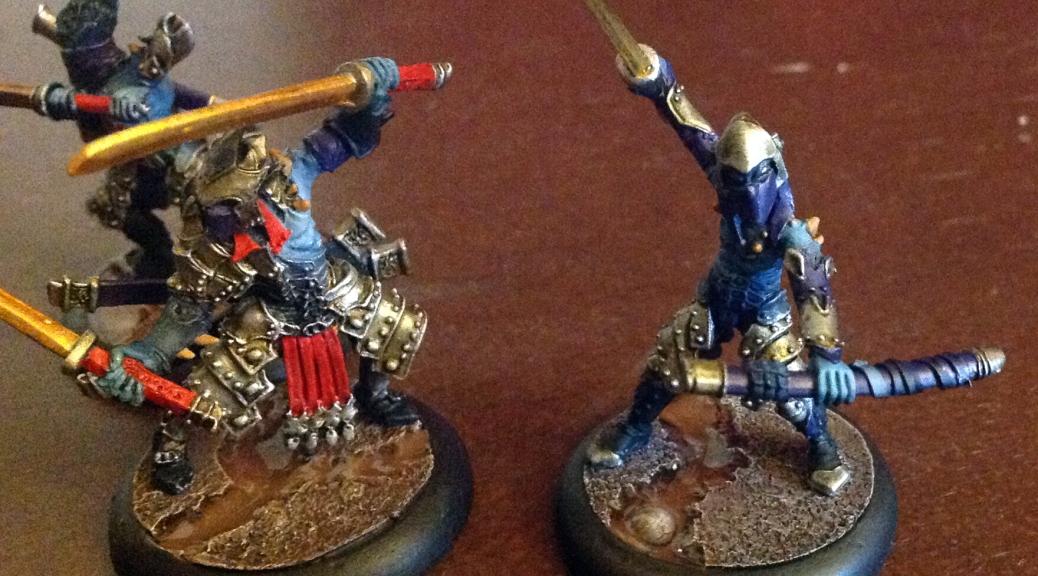 Sorry, I couldn’t think of a witty post title.  I have failed you *seppuku*.

As my last post suggested, I’m beginning to work on my swordsmen interspersed between other model to try and soften the, what I guess can described as, monotony of painting a full sized twelve man unit.  I didn’t have a super clear picture in my head of how I wanted them to be painted, just that I wanted to have something in between my Shepard and my Warmongers.  The model you see above is the initial test model…