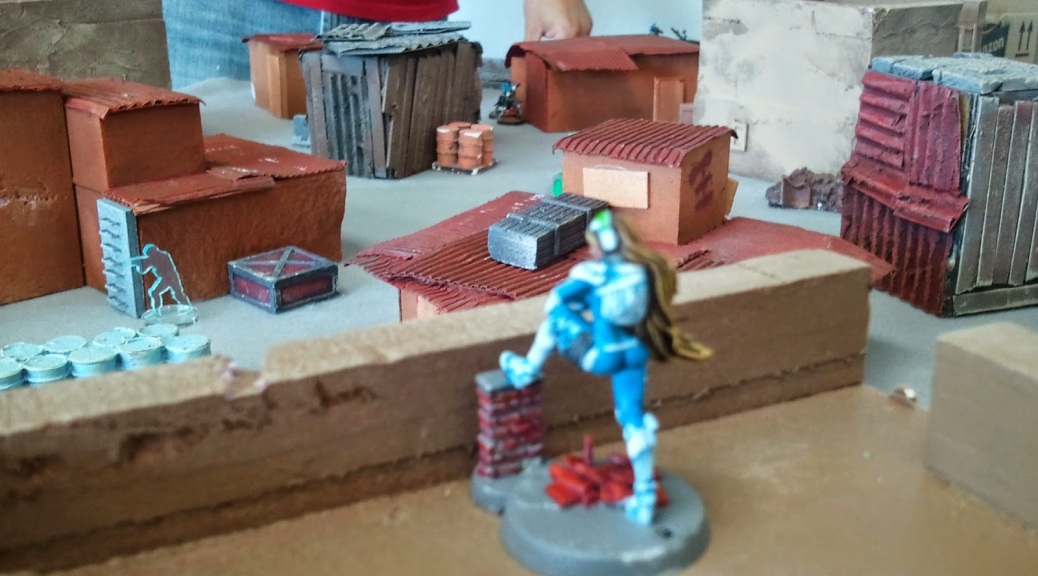 I forgot to take pics, but luckily Certs didn’t! Check out his After Action Report on his site here.

Here’s some quick thoughts on my games…

I felt I was off to a really good start to the day as I felt like I had control of the game.  There was a Haqq TAG on the right flank, which was being held down by a Triad of Ectros HMG, Gao-Rael, and Makual, that I felt was going to give me trouble.  Unfortunately I missed a crucial Adhesive shot at the TAG and it was able to make some speculative grenade shots, opening that flank and enabling him to complete (and keep me from completing) an objective that put him over me on the very last turn.  I should have also sent my Gorgos after it, but he was busy on the left flank (not doing all that much I might add). Otherwise the score would have been like 6-3, me.

A 5 man link team had me locked down on the left flank, but thanks to a Flammenspeer shot (huzzah Gorgos!) I was able to break it, but not able to wipe them out as 2 guys (out of 4 hit by the blast IIRC)  made their ARM saves. Then I spent a disproportionate amount of orders engaged in an HMG shootout between my Ectros and his most expensive model (killing him was my double down objective) across the table.  I find it funny that the HMG has a sniper-like range band (I kinda wish that the Gorgos was armed with that instead of a Spitfire).

Game 3 was against Wilson, who I played in the last tournament.  This time my Gorgos was able to make his save, thus saving him from Shinobu insta-death and promptly repaying it in kind with a crit on his Viral CCW.  Then he charged the Gorgos with a samurai guy and lost that one too!  I had a really hard time killing his sniper with a DA rifle on a rooftop (nothing I had could reliably hit at that range) which made the rest of the game very hard for me…

Great time as always, and learned some new things along the way.  Still need to figure out how to best deploy as that really makes a difference in Infinity. At least this time I actually did some AROs haha!

After last week’s WM/H night, the subject turned to Infinity between a few of us and it seems like the interest is there for the possible custom 4 week mini-campaign Josh and I have been planning for a bit now after the Nova Open (when burnout is highest amongst out group).  I’m hoping it happens, 1) for the different experience and 2) it’ll allow me to get some Infinity in outside of the once in awhile tournament setting.